The initial vocation of Archéotech SA, a company active in the fields of heritage since 1979, is building archaeology and excavations covering the eras between the Middle Ages and the Modern Age.

In parallel, and serving this activity, different methods of data acquisition, processing and information storage have been developed in order to enhance the rendering quality, optimize field work and the elaboration of post-intervention reports, and facilitate the access to results for other contributors. The cutting-edge technologies we use increase the intervention speed during information recording. Archéotech SA’s flexibility of service helps us successfully complete global mandates or more specific interventions.

In the field of archaeologic analysis of building heritage, our company has studied numerous prestigious monuments and structures both in Switzerland and away from our borders. Interventions are as varied as the studied monuments, from the simple emergency archaeological assessment as part of landscaping projects to global and extended studies, analyses, excavations, setting-up a data management computer system, and historical research with archive filing.

In the defensive category, we can also add the fortified manor houses. In the French part of Switzerland, the most remarkable is the Castle of la Roche in Ollon (VD) and, outside our borders, the House of Hautetour in Saint-Gervais-les-Bains (F). Both have been objected to 3D reconstitutions in order to better understand the volumetric changes occurring to them.

An emblematic example: The Castle of Chillon

Archéotech SA has been in charge of the Castle of Chillon’s archaeology works (VD) since 1982. We undertook the archaeological analyses of various sections of the building, depending on the needs for restoration, which helped us hone our knowledge on the evolution of the castle from its origin to this day. Several areas remain to be studied and the new technologies at our disposal allow for an advanced study of the structures’ degradations, which simplifies the restorers’ work. In 2010-11, a complete laser scanning and photogrammetric survey of the castle finalised the CAD database. Integrated to the interactive table of the new tour, it allows visitors to virtually access the parts of the castle that are close to the public, which is a valuable asset to showcase an unexpected historical heritage.

As an important part of our cultural heritage, religious buildings represent an large field of study and work for Archéotech SA.

The Roman church Saint-Jean-Baptiste of Grandson is among the remarkable ones: the church’s restoration site allowed us to undertake the archaeological analysis of its elevations as well as the partial excavation of the choir between 2000 and 2006. This vast multidisciplinary site led to the publication of a collective book.

The XIIIth century Church of Saint-François in Lausanne has also benefitted from the intervention of Archéotech SA during its restoration. From the report the company established and with the help of architectural historians, an article was published in the Vaud Library’s Cahiers de l’archéologie romande regarding the historical aspect of the building.

Since 1987, Archéotech SA has intervened on the basilica and the castle of Valère in Sion, Canton of Valais. Excavations, building analyses and surveys are regularly carried out. Archéotech SA has also been handling the archaeological monitoring of Lausanne Cathedral since 2016.

Our company has also had the opportunity to study numerous less prestigious but not less interesting buildings. Over thirty parishes, among which those of Noville, Yvonand, l’Abbaye, Moudon, Rossinière or Chavornay, have thus been surveyed and/or analysed, providing us with abundant archaeological results. Studying those parishes also helped us establish a typology of the woodwork’s modenature.

Private dwellings are also a part of this type of intervention. For instance, the painted house of Ayent-Botyre (VS), the Bonnard House in Nyon placed on the old ramparts of the city, the gothic house of the burg of Lutry or the Logis du Lion d’or in Coppet. 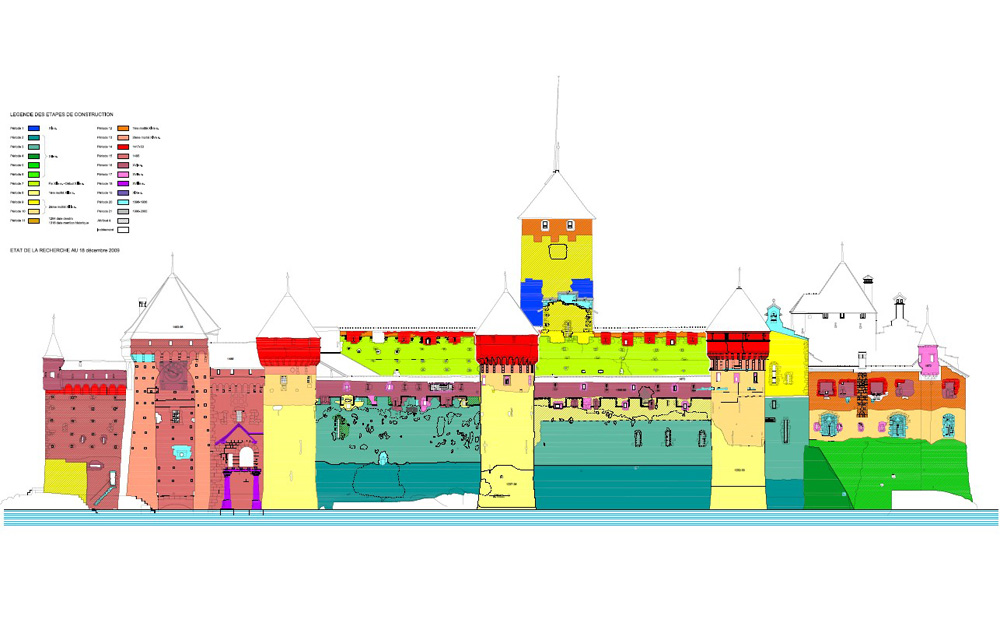 Castle of Chillon (VD) : results of the archaeological analysis of the eastern front 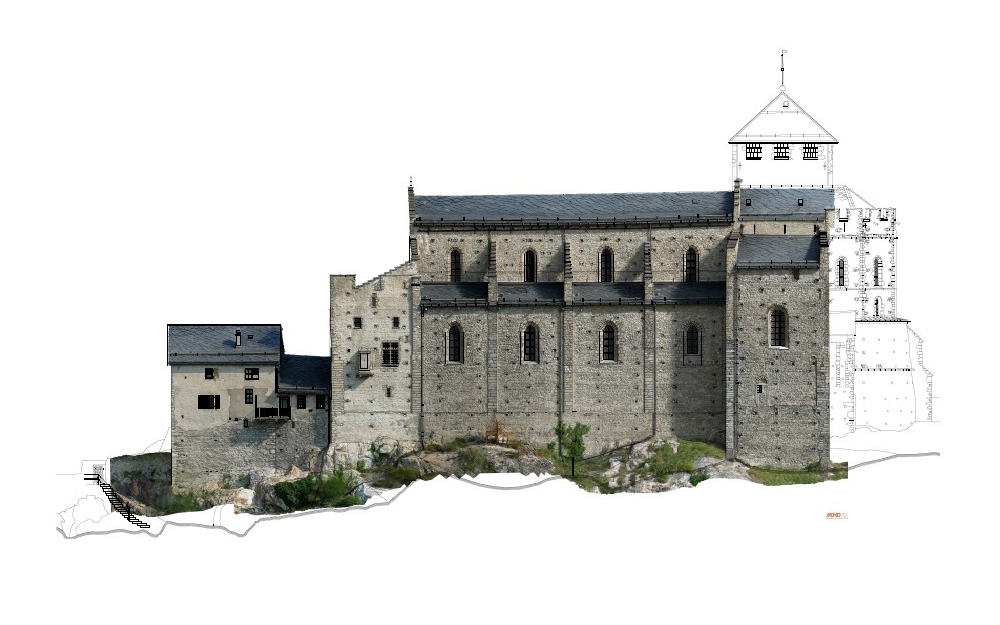